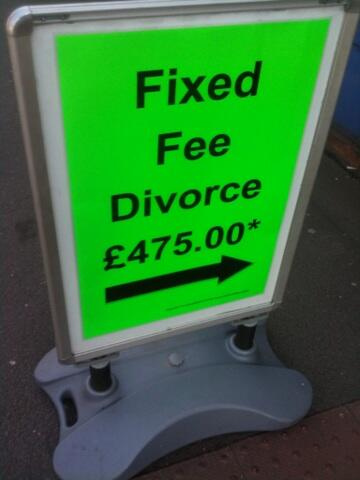 Divorce is commonplace in our society. We are all impacted by divorce, either directly or indirectly. We either have family members who are divorced, or know people who are divorced. It is the way of our culture. But, what does the Bible say about marriage and divorce?

The Bible unquestionably portrays marriage as a permanent covenant.

God created the two sexes (Gen 1:27), and ordained the institution of marriage (Gen 2:18–25). In Gen 2:24, marriage is described by the terms “leaving” (עזב) and “holding fast” (דבק). These terms have specific application in covenantal contexts. The word for “holding fast” (דבק) implies a complete devotion and unshakable, permanent bond. Further, the marriage relationship results in a “one flesh” relationship between the husband and wife. Referring to this passage, Jesus notes, “So they are no longer two but one flesh. What therefore God has joined together, let not man separate” (Matt 19:6). In other words, this relationship is now a special union which is to be permanent and should not be dissolved.

The Bible allows for two exceptions to the life-long permanence of the marriage bond.

Although the marriage relationship is meant to be a permanent, Jesus himself tells us that divorce is permissible for “sexual immorality” (πορνεία). This word for sexual immorality is a broad word to cover many different kinds of sexual sins, but here in context refers to adultery (sex outside the marriage bond). Since the sexual relationship within marriage is a special symbol of intimacy that is only to be shared within marriage, if that sacred relationship is violated, the faithful spouse can pursue divorce (though they are not required at all to do so).

Paul’s command to the church at Corinth is that if a believer is married to an unbeliever, do not divorce them (1 Cor 7:12). However, there will be cases where an unbeliever wants out, and in such cases, the believer is not bound, and should let the unbeliever out of the marriage (1 Cor 7:15). This principle seems to apply in two primary situations: (1) first generation Christians whose spouse abandons them after coming to Christ, and (2) a Christian marriage relationship where one spouse abandons Christ and the spouse, choosing an unrepentant life of sin (showing themselves an unbeliever).

In cases where divorce has biblically occurred, remarriage is possible.

When Jesus speaks about divorce, he states, “whoever divorces his wife, except for sexual immorality, and marries another, commits adultery” (Matt 19:9). In other words, divorce and remarriage are linked in the consideration. Thus, Jesus’ exception applies to divorce and the assumed remarriage. The same principle would arguably apply to the situation where an unrepentant unbeliever abandons his or her spouse.

A few pertinent thoughts to the divorce discussion.

This is generally true, with some happy exceptions. But, largely the church has relegated divorce to a non-issue that is not talked about or confronted in our churches. The compromise on divorce in churches has had deadly consequences. Many have noted, for example, that the reason pro-homosexual positions have been so successful at infiltrating the church is because the sacredness of marriage was already under attack through the acceptance of divorce in our churches.

It is very important for churches to return to a biblical position regarding the seriousness of divorce. However, it is important to not swing the pendulum too far and despise those who have had divorces. In many (but not all) cases, divorce is a terrible sin. However, it is only sin. And sin can be dealt with by confession and repentance, trusting in the sacrifice of our Lord and Savior. Thus, we never want our churches to turn into a place where those who have gone through divorces feel as if they are despised by other believers. We need to embrace each other as a community of sinners (for that is what we are).

This article goes against the cultural trend. I have read multiple articles recently that say human beings were never meant to be monogamous. These articles essentially argue against the very concept of marriage itself. However, the Bible is clear that marriage comes directly from God. Marriage was meant to be a permanent, life-long bond. The concept of “no-fault divorce” (a most common practice in our culture) is a repudiation of God’s created order. To borrow a phrase from Al Mohler, only when we as human beings follow God’s created design for the family and marriage can there be true human flourishing.