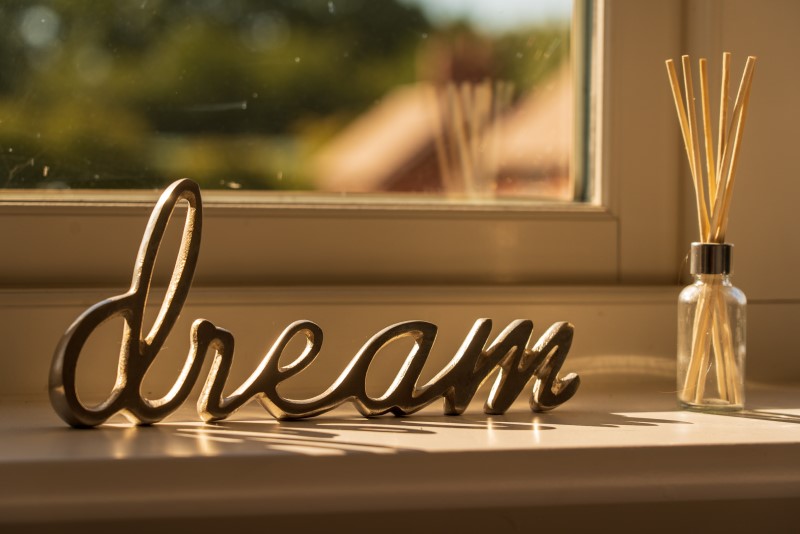 What does the Bible say about dreams? Although at one point I was surprised whenever someone would ask this question, this has long since ceased. Christians regularly want to know what the Bible says about dreams. One of the reasons for this is because human beings are naturally curious about dreams. Dreams intrigue us. This is evidenced in part by the fact professional dream interpreters have their own business. Additionally, almost everyone has read of Sigmund Freud and his propensity for analyzing dreams and what they signified about an individual.

For Christians, not only do dreams interest us, but the Bible also interests us. Hence, when we read about God speaking to people through dreams, it is a natural question which comes up—should we expect to hear from God in dreams?

Dreams in the Old Testament

The first mention of dreaming in the Old Testament comes in Genesis 20:3, where Abimelech is visited by God in a dream.

But God came to Abimelech in a dream by night and said to him, “Behold, you are a dead man because of the woman whom you have taken, for she is a man’s wife.”

The context to this situation is that Abraham had come to Gerar, and lied about Sarah, saying that she was Abraham’s sister. So, the king of Gerar took Sarah into his harem. But, the Lord came to Abimelech by a dream during the night to confront Abimelech for this transgression.

On a Genesis-wide story level, it is important to recognize this is the natural outworking of the Abrahamic covenant. Specifically, God had promised Abraham “I will bless those who bless you, and him who dishonors you I will curse, and in you all the families of the earth shall be blessed” (Gen 12:3). Thus, when someone like Abimelech dishonors Abraham by taking what is rightfully his (his wife!), God comes to bring justice to the situation and show that Abraham and his line are special to Him.

God and Abimelech interact extensively in the dream. Abimelech pleads for mercy due to his own ignorance (Gen 20:4-5), and God agrees to spare him if he will indeed return Sarah to Abraham (Gen 20:6-7).

After this first mention of God interacting with human beings in dreams we regularly read in the Old Testament about God revealing something directly or indirectly through dreams. Here is a table of the various dreams that show up in Old Testament narratives.

A cursory glance at this list of dream narratives in the Old Testament indicates that it was not commonplace to receive dreams, or to be able to interpret them. In fact, the Law links the receiving of dreams as part of the prophetic ministry in Numbers 12:6:

And [the LORD] said, “Hear my words: If there is a prophet among you, I the Lord make myself known to him in a vision; I speak with him in a dream.”

This is further confirmed in Deuteronomy 13:2-6 where the prophetic office is closely associated with a “dreamer of dreams.” Deuteronomy 13 provides an important rule for the regulation of the prophetic office. A prophet or a dreamer were not allowed to contradict previous revelation that the Lord had revealed. It didn’t matter if the prophet was able to perform a sign or a wonder (Deut 13:1). What mattered was whether what they revealed was consistent with God’s prior revelation. On the other hand, false prophets regularly appealed to dreams as their authority (Jer 23:25-28; 27:9; 29:8; cf. Zech 10:2). God specifically calls the dreams of false prophets “lying dreams” (Jer 23:32).

Dreams are also related to the future experience of Israel. Joel 2:28-32 looks into a future time period (i.e., the Day of the Lord), when all of Israel will prophesy, dream dreams, and see visions. Again, not only are visions and dreams linked with prophecy, but Joel predicts that in the Day of the Lord this display will be manifested in “all flesh” during a future time. In other words, when the kingdom of God is present, there will be a manifestation of the miraculous exhibition of prophecy and dreams.

Dreams in the New Testament

Compared to the Old Testament, there is scant reference to dreams in the New Testament. In fact, of the eight references to dreams in the New Testament, two are actually quotations of Joel 2:28-32. However, that usage is important, because in Acts 2:17-21, Peter connects Joel 2 and the manifestation of the speaking in tongues which was taking place in Acts 2. This may be surprising, but shouldn’t be since tongues is essentially equivalent to prophecy when understood and interpreted (cf. 1 Cor 14:5).

Acts 2 is the initiation of the last days, according to Peter (Acts 2:17). As such, Israel was called to repent so that the kingdom of God would come (Acts 3:19-21). However, Israel rejected the renewed call to repent as a nation, and thus the gospel went out to the Gentile nations. Thus, the kingdom of God remained a future reality, awaiting the repentance of the Jewish nation. Unsurprisingly, after the Jewish nation turned their back on the Apostles and refused to repent, the miraculous gifts faded from operation. This is because the miraculous is closely associated with God’s kingdom.

The only other reference in the New Testament that I could find of dreams being mentioned is Jude 8, where false teachers are condemned in part for “relying on their dreams.”

How Should We Think of Dreams Today?

The vast evidence of Scripture indicates that divinely inspired dreams and/or their interpretation was a rarity and usually associated with the prophetic office. There are no indications in either Old or New Testament that believers are to discern God’s will through dreams. However, in both testaments, false teachers and false prophets are said to utilize dreams.

Proverbs speaks of the safety found in the “abundance of counselors” (Prov 11:14). Later on, Proverbs adds to that idea and says, “Without counsel plans fail, but with many advisers they succeed” (Prov 15:22). Furthermore, “Plans are established by counsel; by wise guidance wage war” (Prov 20:18). You get the point. Wisdom literature regularly emphasizes that decisions are to be made in a context of wise counselors. Decisions are not to be made on a whim or based solely on feelings (happiness included).

Furthermore, there is not even a hint in Scripture that we are to look for signs or dreams or anything that will guide us in making decisions. God expects us to walk the pathway of wisdom and discernment, exercising those virtues through constant practice (cf. Heb 5:14). Romans 12:1-2 talks about walking in a way that is “holy and acceptable to God,” and transforming the mind (through God’s Word). By following that process, the believer can “discern what is the will of God.” Reliance on God’s Word and wise counsel are the normal pathways God directs in our lives.

One caveat here is in order. God can do whatever He wants. Just because something is not the norm, doesn’t mean God can’t do it. God can certainly give people dreams for whatever reason He wants. I do believe people have had dreams that God has given them (even in the modern era) so as to motivate these individuals to action. Some would point to Muslim countries where someone has a dream and they get saved! But those experiences are exceptional, and outside of the norm.

For believers living in the present time, the most important question is what does God’s Word say on a subject? God will never contradict himself, and furthermore, we believe God’s Word is sufficient to guide and direct us in every scenario. Knowing and applying the principles of God’s Word will help us make sound decisions. Second, God has already given us an explicit process to guard against making foolish decisions. We are to glean wisdom from other believers and to benefit from their perspectives. Going through this two-fold process will help simplify the decision-making process for believers.