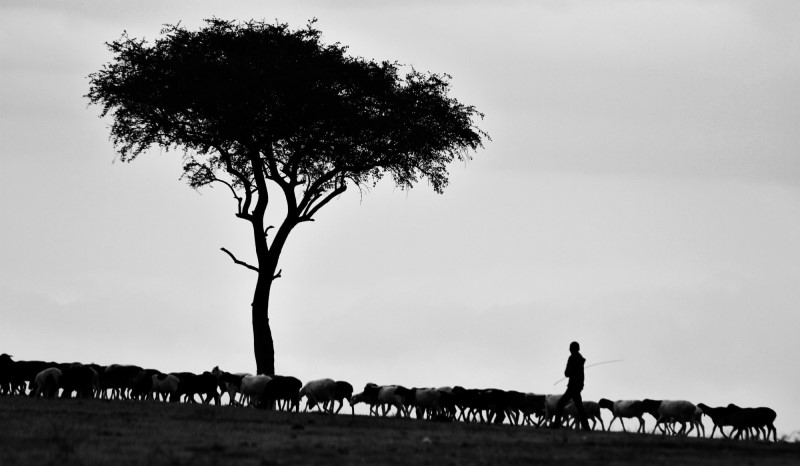 On the one hand, David was far from morally pure. He was a murderous adulterer (2 Sam 11). He killed Uriah the Hittite, and committed adultery with Bathsheba, Uriah’s wife. Can we say David was uniquely a man after God’s own heart when his actions seem to communicate otherwise?

To get around this potential problem, some people will say that David never engaged in direct idolatry and that is the explanation for saying David was a man after God’s own heart. However, there are a couple other kings who seem to match David in regard to this—namely Hezekiah and Josiah. Both Hezekiah and Josiah put away the high places and reformed worship practice to align with the Law. Yet, neither of them are declared a man after God’s own heart.

Further, Scripture seems to have individuals who have a better track record in living faithfully for God than David. Daniel certainly qualifies. Elijah or Elisha probably does as well. There seem to be individuals in Scripture who are godlier than David and more committed to God’s Law than David.

An Alternative Understanding of a Man after God’s Own Heart

A different interpretation for “a man after God’s own heart” is likely more appropriate in the context of 1 Samuel. The pertinent phrase from 1 Samuel 13:14 is actually “after his own heart” which grammatically could modify the word man, or it could also modify the verb “Yahweh has sought out.” Many modern commentators understand 1 Samuel 13:14 with regard to the latter. In other words, Yahweh has sought a man in accordance with his own choice (i.e., instead of the choice of the people).

It was always God’s intention for Israel to have a king (cf. Deut 17:14-20). However, it was to be God’s choice (cf. Deut 17:15). Yet when the time came, Israel wanted a king “like all the other nations” (1 Sam 8:5). Their desire to be like the other nations tainted the entire process. God gave them the king of their choice, and it did NOT turn out well. In contrast, after Saul had disqualified his kingship, Samuel related that God would now pick a king “after his own heart” (i.e., his choice).

This understanding also seems confirmed by Akkadian parallels which use similar language to communicate the choosing of a king. For example, in the East India House Inscription of Nebuchadnezzar II, we read, “I, his eldest son, the chosen of his heart…”

Another example is the Babylonian Chronicle which relates to Nebuchadnezzar’s choice of king Zedekiah (not mentioned by name in the Chronicle). After deposing Jehoiachin in 598 BC, the Chronicle reads, “He appointed therein a king of his own heart.”

Can We still Say David was Godly?

Although the phrase a man after God’s own heart doesn’t inherently relate to David’s character, it relates indirectly. Because of who God is, His choice of king does relate to character. Saul was disqualified from kingship because of his lack of character and obedience to God (1 Sam 13:13; 1 Sam 15:22-26). On the other hand, David exemplified the character of one devoted to God throughout 1 Samuel.

There is no doubt that up to 2 Samuel 11, David shows himself the complete opposite of Saul in every way. He waits upon the Lord. He seeks God’s will above his own. Even in his sin, David is sensitive to Nathan’s confrontation (2 Sam 12). It is clear that David is a special character is Scripture. So, even though the phrase “a man after God’s own heart” should be viewed as a phrase relating to choice (not character), the choice does relate to character.