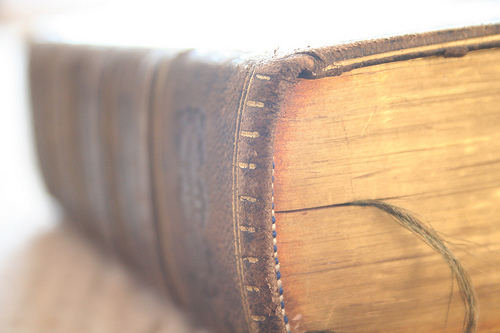 Although Bible versions are often referred to as either dynamic or literal-formal, I think it is too simplistic to refer to translations in an “either/or” kind of way. The truth is, there is no such thing as a completely literal-formal translation. Any time you have one language being translated into another, you have idioms, grammatical irregularities, and vocabulary discrepancies that are impossible to translate in a one-for-one correspondence. In addition to that, you also have certain cultural oddities that can be confusing.

One such example of cultural confusion at odds with a literal translation is Genesis 14:15, “He divided his forces against them by night, he and his servants, and defeated them, and pursued them as far as Hobah, which is north of Damascus” (NASB). Most Bible translations translate the last phrase as the NASB does, but it is worth noting that the KJV translates the phrase as the Hebrew reads, “which is on the left hand of Damascus.”

The issue of interest is where is the left of the city of Damascus? To me (and most who belong to a Western culture), the left signifies West as a direction. That is because we orient ourselves and our maps so that North faces up (or in front of us). However, for the ancient Israelite, they oriented everything to the East. (As a side note, the Hebrew word for East can mean “in front” and the word for West can mean “behind”). Thus, the left in Hebrew thought is actually North. Notice then, that if we simply translate the word as “left” then it can be very confusing if someone is not aware of these details, and they will actually misunderstand God’s Word.

I think we often miss out on the benefits of reading other translations which have been made by very gifted scholars. Don’t fall into the trap of thinking you can only read the KJV or NASB and benefit. There is much benefit in reading multiple translations.