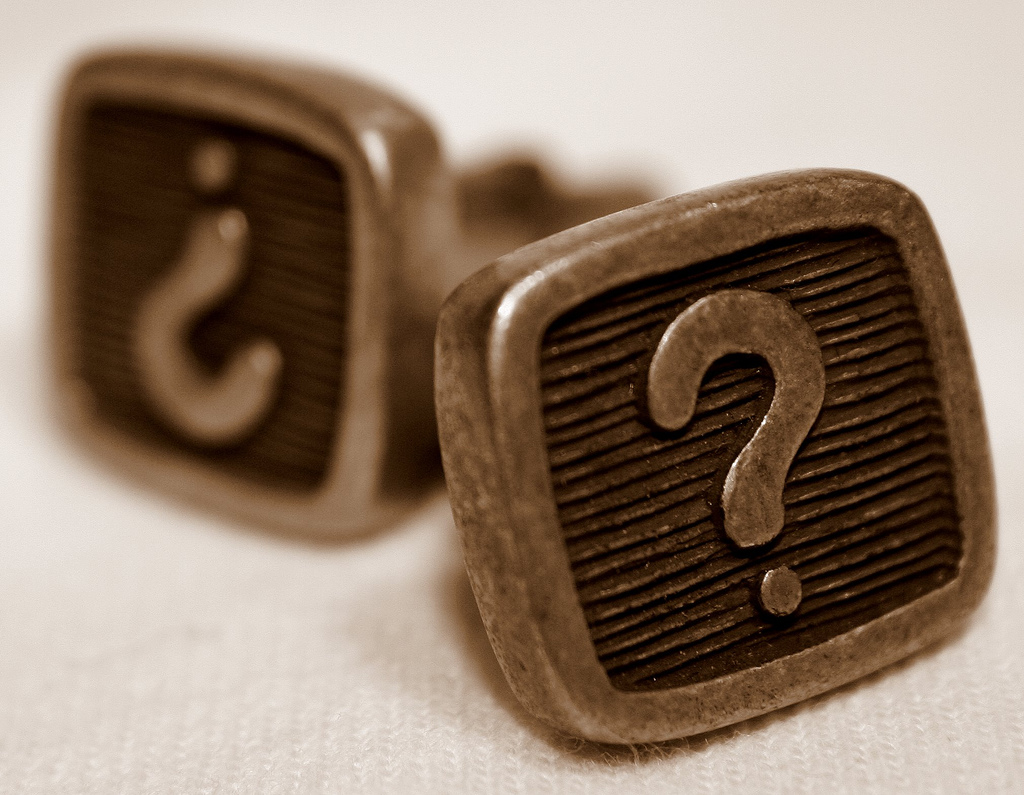 I’m not very good at witnessing to nonbelievers, but I try to do the best I can. I have studied different apologetic methods, and try to practice certain helpful things I pick up. The problem that I find in talking to nonbelievers is that they are not committed to a consistent worldview. They pick and choose what to believe, based not on a foundational conviction, but on popular opinion (never mind if their beliefs contradict). Although reasoning with nonbelievers can be difficult, here are two questions that I have seen others use, and I think they can help demonstrate the inconsistency of an atheist’s worldview.

Question 1: What is the basis for logical thought or meaningful reasoning?

The premise behind this question is that true wisdom and rational capability is only found in the reality of God’s creation. Logic and reason are only possible because God has designed the world to operate in a logical and coherent way.

Someone may object by saying that logic comes man. But if logic comes from man, then logic can change. If logic can change, then there really is no such thing as logic. For example, the rule of non-contradiction is a logical premise. Something cannot both exist and not exist at the same time. This fact is not dependent upon man, but is self existent outside of man’s mind. Man did not create this rule, it is a part of creation.

If logic is dependent upon man, then does majority opinion dictate logic? Is an atheist illogical simply because he is in the minority of the world? Of course not according to real logic. But the only reason real logic works is because it is outside of man’s opinion. It is a concrete set of rules that are only concrete because God himself is concrete. In essence, because of who God is, logic and reason are possible.

Understanding how logic works is important, but I honestly have never seen an atheist admit that his worldview is inconsistent in the rules of logic. They usually have just never thought about it before, nor usually do they care to think about it after you ask them this question. So, I don’t often use this question.

Question 2: What is the basis for morality?

Usually when I ask this question I get the standard answer—that society determines what is right and wrong. When someone tells me that, I usually say, “So you think the Jewish Holocaust was okay?” Nobody wants to agree with that statement, but that is ultimately what their worldview dictates.

If someone holds to the rule that society always determines right and wrong, then they are stuck with times and places (like Germany) where the majority of society chose to commit wicked genocide. Majority rule is an unacceptable form of morality, because it is not morality—it is simply majority opinion.

To give another example that points out the inconsistent foolishness of the belief that the majority determines morality, I sometimes will ask, “So if 9 out of 10 people were in favor of killing atheists because they thought it was better for society, you wouldn’t find anything wrong with that?” Usually, if nothing else, this question makes them uncomfortable. People usually don’t think their worldviews all the way through. They forget that if they were the minority, then that would make them wrong—and if the majority wanted to punish them for that, there is no reason that should not happen, at least according to their worldview.

Ultimately, as these scenarios point out, there must be an objective standard upon which morality can be based. An atheistic worldview cannot effectively answer how morality exists without a god. Thankfully, there is an objective standard of morality as seen in God’s inspired Word, given to humanity so that we might know right and wrong.

What do you think of these questions? Have you used any similar questions in talking with atheists?