Earlier this week I listened to a debate on whether or not Christians should ever engage in violence. The discussion was a good one, and is worth thinking through. 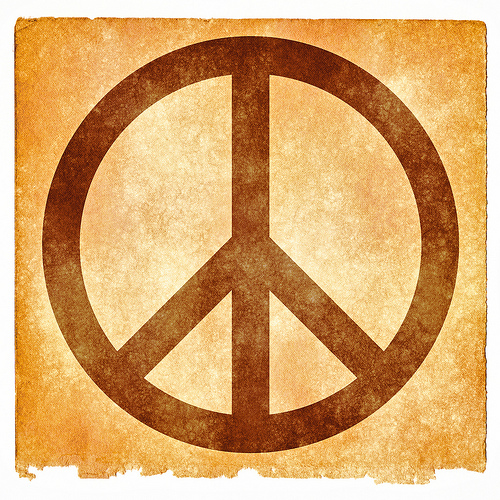 A pacifist believes that a Christian should not engage in violence. To the pacifist, Christ’s command to love one’s enemy prohibits them from doing violence to them (Matt 5:44). After all, it is kind of hard to love your enemy while you are beating him up or killing him. To the pacifist then, there is never any justification for aggressive self-defense or for fighting in wars.

I want to approach this subject and examine a few biblical texts that hold application for our thoughts on this.

The first thing to consider is that the government is ordained by God to use violence to ensure law and order.

Let every person be subject to the governing authorities. For there is no authority except from God, and those that exist have been instituted by God. Therefore whoever resists the authorities resists what God has appointed, and those who resist will incur judgment. For rulers are not a terror to good conduct, but to bad. Would you have no fear of the one who is in authority? Then do what is good, and you will receive his approval, for he is God’s servant for your good. But if you do wrong, be afraid, for he does not bear the sword in vain. For he is the servant of God, an avenger who carries out God’s wrath on the wrongdoer (Rom 13:1–4, emphasis added).

The sword is a symbol of violence and aggressive enforcement of law. This has application both to capital punishment as well as engaging in what is called “just war” to defend its citizens or other innocent individuals from hateful aggressors.

Secondly, John the Baptist does not appear to be a pacifist.

Soldiers also asked him, “And we, what shall we do?” And he said to them, “Do not extort money from anyone by threats or by false accusation, and be content with your wages.” (Luke 3:14).

If engaging in military conflict were problematic, it seems that John could have simply told the soldiers to find a different job. In addition, it is interesting that when Jesus interacts with the centurion in Matt 8:5-13, Jesus does not condemn his profession as being a military commander. Although Jesus was never shy about condemning sin, he is silent about challenging the call to military involvement.

Notice that there are two alternative situations described here. Although a thief breaks in during both cases, if the home owner kills the man in the night, he won’t be guilty whereas if he kills him during the day, he will be guilty of unlawful killing. The thinking behind this law is that at night time it is not as easy to determine someone’s intent. Are they armed? Are they coming to kill me, or are they trying to rob me? By the time you figure it out, you might be dead. So, the law allows for violent self defense in situations like this at night. In addition, during a struggle at night, it is harder to determine how much force is necessary to subdue a trespasser. Alternatively, during the day, if there is a thief caught in the house, one is more easily able to determine that it is not necessarily a life threatening situation and be able to subdue him with non-lethal force.

In sum, thinking through these Scriptures briefly allows us to see that Christians are not obligated to accept a pacifist idealism (although a Christian certainly could make that choice). Rather, we see that there may be situations and times where it is acceptable for a Christian to defend themselves or to engage in violent action on behalf of innocent parties.