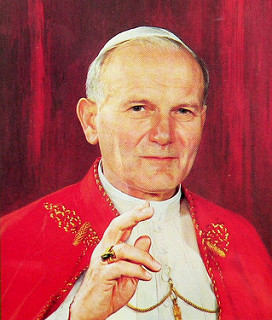 We teach and declare that it is a dogma of faith that the Roman Pontiff … is not able to err when, exercising his office as supreme teacher of all Christians, he defines, by his apostolic authority, what must be held as belonging to the faith or must be rejected as contrary to the faith by the universal Church in matters of faith and morals; and his decrees or judgments, irreformable of themselves, must be accepted and held with the full submission of faith as soon as one becomes aware of them (James O’Connor, The Gift of Infallibility, pg 7).

I will be honest. I have good friends who are members of the Roman Catholic Church (RCC). I definitely love them and appreciate them. However, at the same time, it saddens me to see them give undue authority and power to someone who claims to be Christ’s “vicar [special representative] on the earth.” Hence, I would like to challenge my friends who believe in the authenticity of the pope to consider the following thoughts.

Does the Bible give reason to believe Peter was the first pope?

RCC theologians champion Matthew 16:18-20 saying it is here that Peter is given his papal commission. However, it is ironic that just a few verses later Peter demonstrates his impetuous and sinful nature by playing the role of Satan, trying to hinder Christ (Matt 16:22-23). There was also a similar occurrence in Matthew 17 at the Mount of Transfiguration. Peter once again impetuously speaks and Luke reminds us that Peter did not know what he was saying (Luke 9:33).

If it is true that Matthew 16 tells us Peter was commissioned in some special way, then it seems odd that later in Luke 22:24-30 the disciples would still be arguing about which of them was the greatest. It seems Peter would have the ultimate trump card to play in that argument.

After Christ’s ascension, one would expect Peter to operate in accord with his position as head of the church. Instead, he is rebuked by Paul for acting in a way that went against Christ’s commands (Gal 2:11). Not exactly something the pope should be guilty of.

Lastly, Peter’s own personal testimony in 1 Peter 5:1 indicates that he identified himself not as some supreme ruler in the church—rather, he identifies himself as a “fellow elder” with those who were ministering in that area.

This small sampling of Scripture seems to indicate that Peter did not qualify as a papal candidate. But, let’s argue that the above reasons don’t really matter, and that Peter was the pope anyway.

If Peter was the first pope, where is the evidence for a unbroken succession to the current pope?

The RCC teaches papal succession from Peter all the way to the current pope. Why would one expect this special authority to pass down from individual to individual?

The Scriptures are completely silent regarding a papal succession from person to person. The idea of papal succession can’t be supported from Scripture. In addition, while Scripture is silent on the issue, historically proving papal succession also has vast serious problems. I have already written earlier about the black mark on the catholic papacy, but let me summarize it this way.

During the years 1378-1415, the papacy was so corrupted that at one time (early 1400s) there were three individuals all claiming to be pope, all pronouncing curses on one another. This is aptly named the “Great Schism” in the RCC, and was in part one of the causes of the Protestant Reformation. It did not take much for some people to see that the RCC was corrupt and no longer following Scripture. Needless to say, when you believe in papal succession, but there are three popes to choose from, it becomes a little more difficult to keep your following.

In order to keep this brief I will end with a question. We are given true and reliable divine revelation from God in our Bible. If you read through your Bible plainly and naturally, are you given the picture of an individual who has special power over the church? Well, let me tell you that you are–but, this individual is Jesus Christ! He alone is the head of the church, and His authority is never passed on by succession.