Easter weekend is upon us, and so we celebrate the most important part of Christianity–the fact that Jesus is alive! This is the essence of our hope as believers. Because of Christ’s resurrection we have hope of our own resurrection. 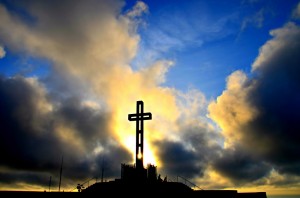 The Foundation for ALL Resurrection: Christ

In 1 Corinthians 15:20 Paul calls Christ the “first fruits” of those who have fallen asleep. The concept of first fruits goes back to the Old Testament (cf. Lev 23:9-21). The first fruits were not intended to be viewed as something separate but as part of the whole (just chronologically first). It was a symbol of the fact that the entirety belonged to God.

1 Corinthians 15:20-24 gives support for a pre-tribulation rapture/resurrection of the Church. Notice that Paul lays out the chronology of the resurrection of Christ and believers:

20 But now Christ has been raised from the dead, the first fruits of those who are asleep. 21 For since by a man came death, by a man also came the resurrection of the dead. 22 For as in Adam all die, so also in Christ all will be made alive. 23 But each in his own order: Christ the first fruits, after that those who are Christ’s at His coming, 24 then comes the end, when He hands over the kingdom to the God and Father, when He has abolished all rule and all authority and power (1 Cor 15:20-24).

Paul orders this chronology into stages:

It is important to note that the end is differentiated from the believer’s resurrection. Paul uses very specific chronological words giving a sequence: Christ, then believers, then the end comes.

Paul is writing to the church and is speaking of the resurrection of the church which happens before the end. This same event is described in 1 Thessalonians 4:13-18 (although there the chronology is not given), written by Paul only 4-5 years earlier. In 1 Thessalonians 4 Paul emphasizes the comfort which faces the church before the end—they will be with Jesus while the unbelievers face judgment (cf. 1 Thess 5:1-11).

Sometimes people claim that Jesus only says there will be one resurrection: some to death, some to life (John 5:28-29). However, we want to be faithful with the intent of Jesus’ words. His purpose in John 5:28-29 is not to provide a chronology for the resurrection. The purpose is to emphasize that the Son has been given authority over all people (cf. John 5:22), which will include their final judgment post-resurrection.

Now, it is true that there are two resurrection events mentioned in John 5, some to life and some to death. But that does not mean that they happen at the same time. Remember, the theology of resurrection indicates that resurrection is a holistic concept which can be chronologically divided (as explained in 1 Cor 15).

Brief Outline of Resurrections in Scripture

If we examine the complete testimony of Scripture, we can outline a rough chronology and sequence of biblical resurrection.

Tracing the biblical chronology it seems there are four resurrection events.

Why Doesn’t Paul Mention the Other Resurrections in 1 Cor 15?

Note: This post originally appeared as “Christ as the First Fruits of Our Resurrection” on April 21, 2014. It has been significantly edited and reposted.