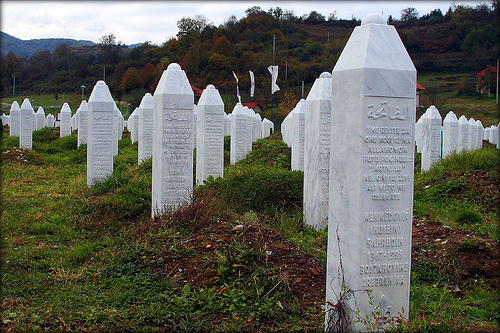 Over the last couple of years, there has been a substantial push to accept what has been called the right “to die with dignity.” This idea of death with dignity is viewed by many in the culture as the final right of an individual—the ability to decide when and how to die.

This is simply another push by a culture that rejects their Creator and believes in their own autonomous right to determine everything that concerns them. The irony of course is that by ending life in one final push of autonomy, an individual is catapulted into eternity where they realize how little control over their future they actually have when they stand before their Judge and Creator.

Still, this new push to accept suicide as a valid option in life ought to be thought through from a biblical world view. This repackaging of suicide and murder, now labeled as death with dignity, is answerable in the same way it always has been—through biblical theology.

1. Because God has created human beings in His image, we must value life and not seek to end it.

Man is differentiated from everything else in creation because of the inherent link with the Creator. God makes the value of human beings very clear in Genesis 9 by declaring that a price must be paid for those who end human life:

This is also why the Ten Commandments forbid the taking of another’s life (Exod 20:13). Israel was to value life and seek to preserve it and nurture it. This is because mankind is made in God’s image, and as such, human beings are the crown of creation and worthy of being treated as such. Their lives are to be valued, and the very life treated as a sacred gift.

2. Because God is sovereign over suffering and death, we must not seek to end life before God determines.

Usually the arguments in favor of euthanasia or death with dignity are as follows: (1) he/she is going to die soon, (2) he/she is in a lot of pain, (3) he/she is requesting to die; therefore, he/she should be allowed to end their life on their terms.

However, this logical train of thought bypasses any consideration of God’s sovereignty over life and death. The Bible claims that God is in complete control over the conditions of life, and they ultimately come from His hand (Eph 1:11; Ps 115:3; Job 42:2; Dan 4:35). Notice the following:

God is sovereign over sickness/infirmity/difficulties.

Your eyes saw my substance, being yet unformed. And in your book they all were written, the days fashioned for me, when as yet there were none of them. (Ps 139:16)

God is sovereign over giving life taking it away.

See now that I, even I, am he,
and there is no god beside me;
I kill and I make alive;
I wound and I heal;
and there is none that can deliver out of my hand.
(Deuteronomy 32:39)

The LORD kills and brings to life;
he brings down to Sheol and raises up.
(1 Samuel 2:6)

And just as it is appointed for man to die once, and after that comes judgment. (Hebrews 9:27)

God is sovereign over preserving life.

The God who made the world and everything in it, being Lord of heaven and earth, does not live in temples made by man, nor is he served by human hands, as though he needed anything, since he himself gives to all mankind life and breath and everything. (Acts 17:24-25)

Although there is no verbatim command in Scripture that says suicide is wrong, the preceding biblical principles show that life and death are not meant to be discharged by human beings by their own authority. One OT example that brings these principles to bear is 2 Samuel 1:1-16.

Does this argument mean that there should be no capital punishment?

Someone might argue that by this reasoning, there should be no capital punishment. However, in the case of capital punishment we need to be clear that government is given the authority by God to be the means of ending life (Gen 9:5-6; Rom 13:3-4). In that case, it is a lawful and just ending of life which is based on the action of the individual. That situation differs drastically from the premature ending of life based purely on the desire of an individual.

photo credit: Monument to the Srebrenica Massacre 1 via photopin (license)